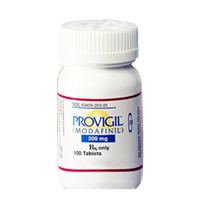 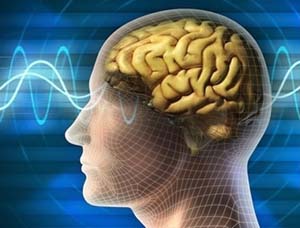 Provigil (the active substance modafinil) is one of the perfectly legal nootropic substances (nous: intellect, tropein: change), which act at the cerebral level, significantly increasing the attention threshold of the individual, as well as learning and memory skills. Sold under the trade name of Provigil, modafinil is a drug that in Italy is prescribed to treat mainly pathologies such as narcolepsy or ADHD: it is in fact a “eugeroic”, that is, an agent that promotes wakefulness.

What is modafinil used for?

Modafinil is indicated in adults for the treatment of excessive sleepiness associated with narcolepsy, with or without cataplexy (cataplexy is a transient loss of muscle tone, with falling to the ground and inhibition of voluntary movements, without loss of consciousness).

But how exactly does it work? Although there is no absolute certainty about its mechanism of operation, several studies claim that Modafinil exponentially increases the release of histamine at the hypothalamic level: the effects of histamine in the brain are well documented, including a crucial role in maintaining state of vigilance during waking, in the conduct of behaviors aimed at gratification and in the acquisition of memory in the short and long term.

How long does Provigil last?

The half-life of modafinil is 8 to 18 hours, which makes its effect last for 24 hours in average. A single dose recommended by your prescriber is recommended for the period of 24 hours. If you find the drug’s effects insufficient or not meeting your expectations, you should consult your doctor for a dose adjustment or possibly a short break in the therapy with Provigil which might be required in order to avoid developing tolerance. You should never take more than one daily recommended dose; doing so will not result in prolonging the drug’s effect duration or its efficacy, but will greatly increase the risk of adverse events.

How long does Provigil stay in your system?

Modafinil contained in Provigil is metabolized mainly by the kidneys by the CYP3A4 enzyme within 8-18 hours after the drug ingestion. In patients with decreased creatinine clearance this process might take longer.

Provigil vs. Nuvigil: what is the difference between Provigil and Nuvigil?

Armodafinil (Nuvigil) is the follow-up of Modafinil from Cephalon and has only been in use since 2007. Armodafinil is actually an enantiomer of Modafinil which means it has a slightly modified chemical structure making it more powerful. There are several effects associated with each of these drugs and several effective dosages that you will find sold in.

The main difference between these two supplements is in their chemical structure. Armodafinil is technically considered an enantiopure version of modafinil. Modafinil is composed of two mirror-image stereoisomers of the same molecular structure, known as enantiomers. These enantiomers are identical, but flipped copies of each other – similar to a right and a left. The two enantiomers of modafinil are R-modafinil and S-modafinil.

From a clinical point of view both are used to treat the same clinical conditions and are all very effective. It is true that armodafinil requires a lower dosage, but modafinil effects can still be preferred by some individuals. In order to establish which drug suits you best, you should try taking both on separate occasions and with a doctor’s approval.

Both Provigil and Adderall belong to the cluster of eugeroic drugs and are employed in narcolepsy treatment and covertly as cognitive enhancers. Their main difference lies in the mechanism of action – Adderall is a proper stimulant, while Modafinil has stimulant-like effects with none of the addictive potential or side effect profile of the other.

What are the side effects?

Although cases of dependence have not been ascertained, dose-dependent side effects occurring in some subjects have instead been documented: among the most common we mention headache, dizziness, drowsiness, nervousness, insomnia, anxiety, tachycardia, palpitations, abdominal pain, nausea, diarrhea and other symptoms (a subject to more detailed consultation from your prescriber, pharmacist or the drug insert).

Between 1999 and 2007, a program of monitoring to assess the potential for abuse and misuse of modafinil with online monitoring of references and messages concerning modafinil. Misuse and abuse have represented less than 3% of messages sent online. However, there have been reports of use of modafinil as a performance enhancer.

While the data presented by the holder of the marketing authorization on abuse, improper use and diversion do not allow a conclusion about the potential for abuse / misuse of the product, these results may have been influenced by the fact that relevant populations (such as students) were not included.

Modafinil should not be prescribed for idiopathic hypersomnia, excessive residual daytime sleepiness associated with obstructive sleep apnea / hypopnea syndrome, because of a risk-benefit ratio considered unfavorable; it should be discouraged in children, the risk of occurrence of severe skin or allergic adverse effects being higher in this population than in adults; and is contraindicated in patients with moderate to severe uncontrolled hypertension, and in patients with cardiac arrhythmias.

How to get Provigil? 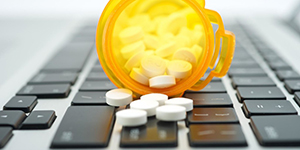 Provigil is available for sale at local pharmacies and online, with the traditional difference in price explained by the microeconomics applied in e-commerce. The cost of Provigil ordered online is considerably lower than the price it retails at in brick-and-mortar pharmacies. Generic versions of the drug do not yield in quality to the original preparation and further decrease the cost of modafinil, especially if delivered directly from the manufacturer. 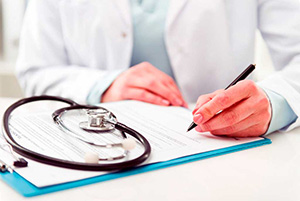 Thank you for sharing this information with us. keep sharing…