Presence Of Blood In The Sperm: Causes And Therapies Of Hematospermia

Presence Of Blood In The Sperm: Causes And Therapies Of Hematospermia

Hematospermia (also called emospermia) is a pseudo-pathological condition characterized by the presence of blood in the sperm, which occurred during or immediately after ejaculation, often painful. Most affected patients describe the problem complaining of blotches or streaks of bright red blood inside the seminal fluid; some subjects affirm that the spots also appear with a black color, comparing them to the shades of coffee that gives the sperm brownish color.

Although representing a highly alarming clinical sign for the affected patient, in the vast majority of cases, the blood in the sperm, clinically, does not raise particular concerns: hematospermia is in fact considered a benign and self-limited condition in most cases. However, given that in some cases it can be a sign of pathologies that can be very serious, the opinion of the doctor is fundamental, in order to exclude any hidden pathologies and to clear up any doubts.

Many are the patients who, at least once in their lifetime, have observed traces of blood in the sperm: more often than not, the target of the apparently pathological condition is young people, especially those with a sexually active and promiscuous life. By contrast, other sources report that even prolonged sexual abstinence may represent a risk factor for hematospermia.

Only rarely, adults and the elderly complain of episodes of hematospermia linked to an intensity and a certain frequency of sexual intercourse: in similar situations, often, the cause of the blood in the sperm resides in more serious problems, which will be examined in the next paragraph. Clearly, the occasional nature of the condition should not worry too much; when instead hematospermia becomes a frequent phenomenon, medical examination is absolutely inevitable. It is observed that hematospermia is a recurrent situation in about 2% of urological problems.

It is important to distinguish two large classes of hematospermia:

To investigate the causes that can cause hematospermia, an important topic because it will allow you to fully understand its possible treatments, I suggest you read this article: Pathological and non pathological causes of hematospermia

Based on the clinical characteristics of the blood in the sperm, it is appropriate to carry out a precise classification: in this regard, it is possible to distinguish the purely bright red blood, from the darker blood (brown or black) inside the seminal fluid.

In most of the subjects diagnosed, the blood in the sperm shows a bright red color: when the condition occurs frequently, it is very likely that inflammation of the urethra, prostate or seminal vesicles is taking place. This is explained by the rupture – or at least from microlesions of the blood vessels – that occurred during ejaculation: in fact, the inevitable contractions of the smooth muscles generated by the ejaculatory act subject the capillary walls, already injured previously, to an excessive effort, which is translates into spilled blood mixed with sperm.

When hematospermia becomes a particularly recurrent problem, the blood emitted along with the sperm, during ejaculation, tends to become darker, varying shades from brown to black. In almost all cases, patients complaining of episodes of brown blood in the sperm have previously witnessed the release of bright red blood in semen. Brown or black blood is the consequence of of blood residues accumulated previously in the prostate or in the seminal bladder: due to oxidative processes, the blood color varies from bright red to burgundy – brown. 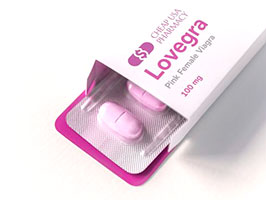 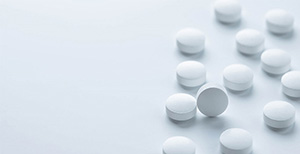