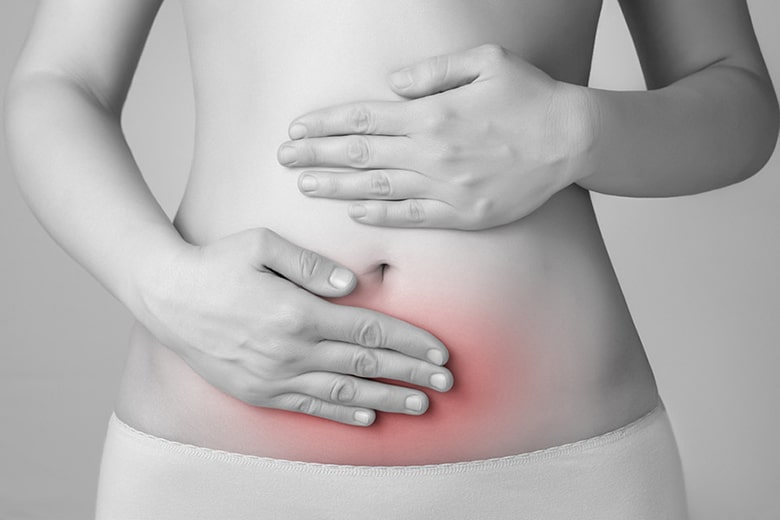 In 20-25% of clinical cases, endometriosis is a disease that is asymptomatic (ie it does not produce symptoms); on such occasions, its diagnosis is accidental and occurs during surgical operations performed for other purposes, such as to remedy a form of sterility (25-60% of cases).

In women with symptomatic endometriosis, the clinical picture of the disease generally consists of:

The abnormal endometrium, present in sites other than the uterus (ectopic endometrium), behaves exactly like the endometrial tissue that physiologically covers the inner wall of the uterus. This means that, about once a month, in menstruating women, the ectopic endometrium flakes under the influence of the hormones of the menstrual cycle, causing more or less bloody lesions.

However, differently from what happens with the blood of menstruation (which comes out from the vagina), the blood coming from the lesions on the ectopic endometrium does not have the possibility to get discharged; therefore, it tends to accumulate, inflaming the neighboring areas and sometimes causing characteristic cysts, known as endometriotic cysts or endometriomas.

The presence of endometriosis can lead to two kinds of serious complications, one decidedly more common than the other: sterility – which is the most frequent complication – and malignant degeneration of the ectopic endometrium, which is obviously the most unusual complication.

It should be pointed out, however, that there are cases of sterility due to endometriosis in which the anatomical alteration of the pelvis induced by the ectopic endometrium is not particularly deep. In such situations, doctors think that, to affect fertility, is the creation at pelvic level of an environment hostile to conception, with a possible triggering of local autoimmune mechanisms that have harmful effects on sperm or embryo (sterility of immunological origin).

When should one book an appointment with a doctor? The appearance of symptoms attributable to the presence of endometriosis should prompt the woman concerned to contact her physician immediately or, better still, her trusted gynecologist.

Posted in Women’s health and beauty

Obesity As A Cause For Erectile Dysfunction: This Is What The Link Is